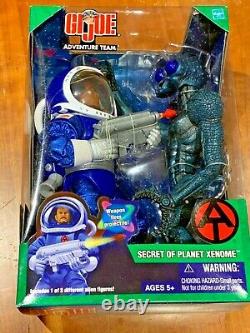 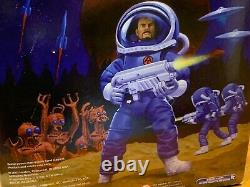 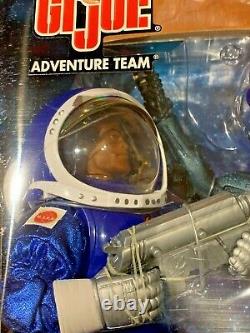 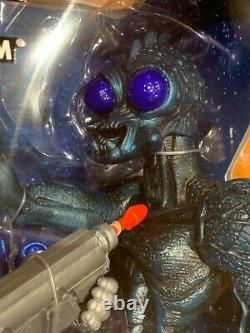 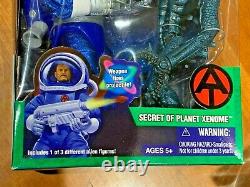 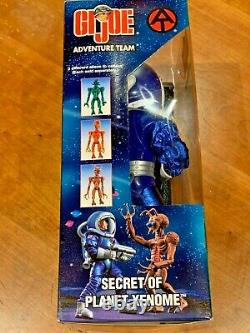 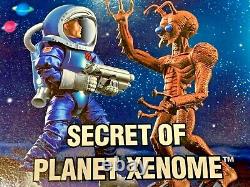 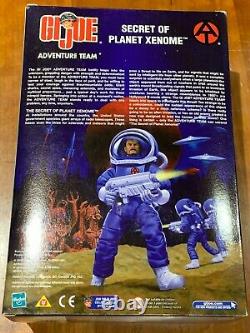 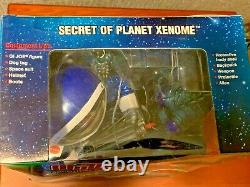 Submitted for your enjoyment is a. Hasbro GI Joe 12 Modern Adventure Team.

When he was first introduced in 1964, GI Joe took the toy world by storm. With 21 movable parts and loads of detailed accessories, "America's Movable Fighting Man" quickly became a sensation and a new way to play for boys across the nation and around the world. Between the years of 2000 and 2004 Hasbro re-introduced the Adventure Team for collectors. Some of these AT sets were a revisiting of vintage sets, while other sets provided new concepts and adventures.

In 2003, Hasbro issued the fourth of the modern day Adventure Team set. Unlike previous modern day Adventure Team sets, this one is not based on a previously existing vintage set. This set has GI Joe officially facing an alien menace in the form of some insectoid creatures, which came in three different colors. It comes with an ethnic (African American) super articulated GI Joe body. The trigger finger is separated, so he can hold his gun. The gloves are his hands, rather than being simply rubber shells over regular hands. The elbows and knees are double-jointed, and unlike other SA bodies, this one has the larger feet. The space suit is simply fantastic! It is made of a shiny blue metallic fabric and goes well with the hard-shell blue body armor. It has a large helmet with a moveable, prismatic sun visor.

The helmet snaps onto a hard-shell body armor, and it has a. Backpack that serves as an oxygen tank and jetpack. The set is brand new and has never been opened.